Join us for a virtual conversation with Gary Gladstone

Gary is a long time member and supporter of the Toronto Jewish community and has worked extensively with the Kenora Chiefs Advisory.  He is committed to reconciliation and strengthening communities. 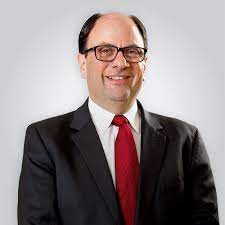 Gary Gladstone is a devoted community leader with a proven record of public service. Gary’s deep passion and determination has made a real difference for families in the community, having worked with organizations such as Reena to support those with developmental disabilities, and in senior roles at UJA Federation of Greater Toronto.

Gary also has worked closely with the Kenora Chiefs Advisory to help raise over $1 million to support their nine First Nations communities, and has spearheaded the acquisition process and potential rebuild of the first long term care facility built on Indigenous lands. He was also instrumental in starting a new charitable foundation, Ma’mo’weh Wii’soo’ka’tiwin, in support of the work done by Kenora Chiefs Advisory.

Gary’s leadership as a community volunteer has continued throughout his career. He helped establish a group to aid Syrian refugees settling in Toronto. He has served as a member of the Justice of the Peace Advisory Committee, and served as Chair of the Ontario Trillium Grant Review Team in York Simcoe.

Gary was honoured with the Queen Elizabeth II Diamond Jubilee Medal, and is a recipient of the Gold Key Award from BBYO International for volunteer services. He has also served as Chairman of the Mayfair/Delta Bingo Downsview Charities Association, and a Board Member of Jewish Campus Services.

Registration is required for this event.  Please complete form below.